How Canny Bootstrapped to $800K ARR

Canny is a bootstrapped, remote-working, profitable team of seven. In the last month, we hit $800K in annual recurring revenue.

A lot of how our company runs today is due to the fact that we never raised money. Instead, we focused on building a stellar product to solve a problem people are willing to pay for.

I’d like to emphasize that being bootstrapped doesn’t mean that we’re building a “lifestyle business.” We’re still an ambitious team with aggressive goals—we just do it on our own terms.

If you’re considering starting a SaaS business or are recently starting out, you may get something out of our story. Before you take those investor meetings, think about this alternative path.

I met my co-founder Andrew while interning at Facebook. Before Canny, we worked together on several small projects. Including, one where we went to a hackathon and won $45,000. It was pretty clear we made a good team.

When my internship ended, I went home to finish university. Canny (then called “Product Pains”) started as one of my thesis projects.

It was a community for people to give feedback to any product. I was designing it and Andrew was building it. We weren’t taking it very seriously as Andrew was working full-time at Facebook. 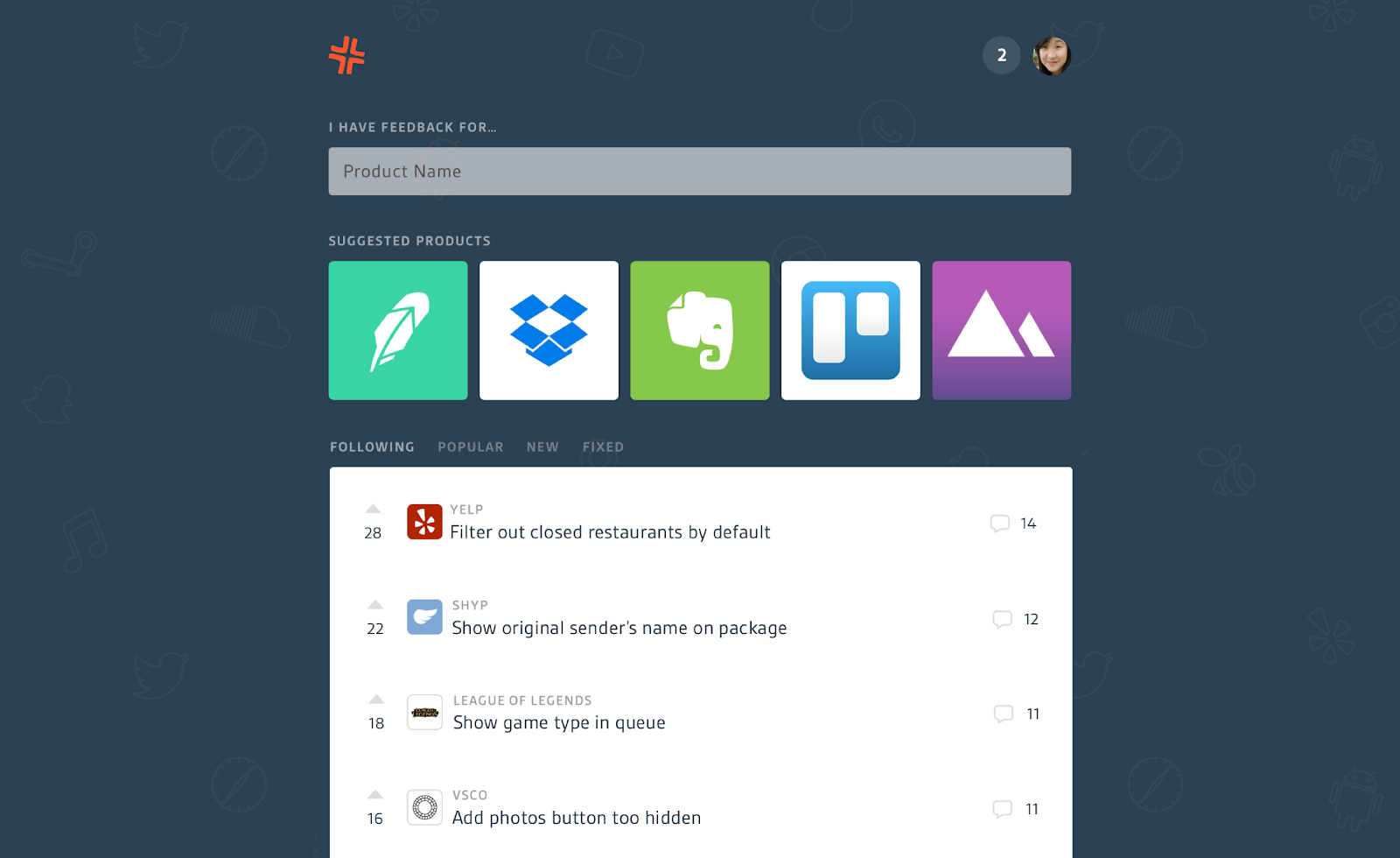 After I graduated, I moved to California to start my first full-time job at Facebook. I had known for a while that I wanted to start my own company someday, and I let my manager know that.

Meanwhile, Andrew wasn’t feeling fulfilled at work. He quit and decided to pick Product Pains back up.

A year and a half later, Product Pains had decent usage but still no real business model.

That said, we learned a lot about the space and saw a potential path forward. I quit to join Andrew (he likes to say he recruited me) and we transformed Product Pains into Canny, a SaaS tool. 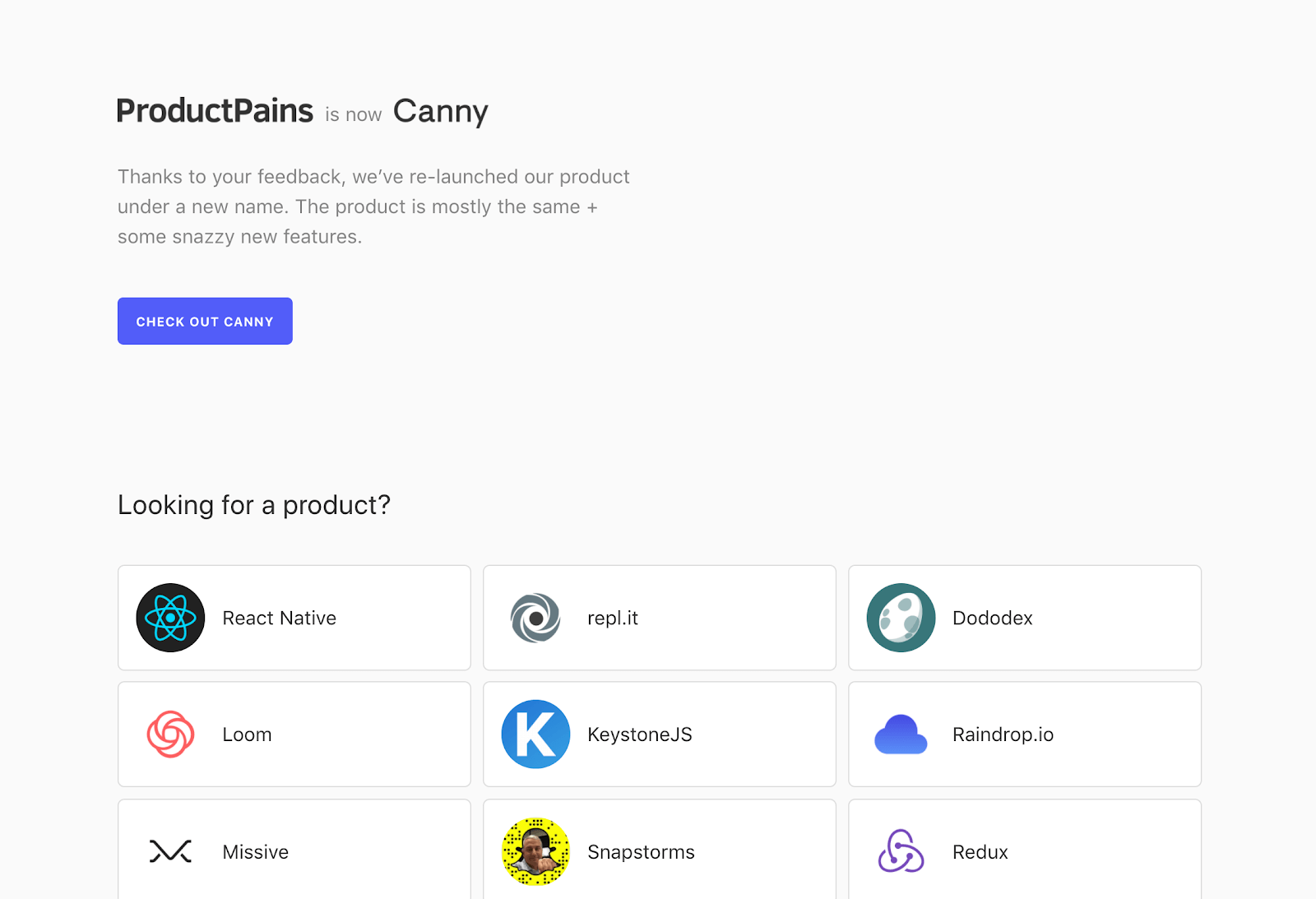 You never know where you might meet your co-founder.

Product Pains was a result of us trying to solve our own user problem: companies didn’t listen to our feedback.

The idea was that we would build public company profiles for users to give feedback. At some point, the companies would have to listen, right?

We had thousands of people posting feedback to Product Pains. However, businesses still weren’t paying attention.

Businesses that had Product Pains profiles started asking about a widget they could put on their website. We asked this question changed everything:

“Would you pay for that?”

As soon as we learned what people would pay for, our brains started ticking. Them handing us money meant that they had a worthwhile problem that needed solving. Canny was going to solve that problem.

When we launched, we marketed Canny as “feedback for anything.”

We quickly learned this was the wrong approach. We needed to identify the exact customer profile we should target and build for them. With that, we refined the product further.

Success didn’t happen overnight. We talked to our customers everyday. We kept track of the most common use cases. We listened to feedback using our own feedback tool.

Canny hit “ramen profitability” seven months after we launched. It was a great feeling. We eliminated the big reasons startups fail: running out of money.

Getting off the ground

Marketing didn’t come very naturally to us. As a result, we never really marketed Product Pains. We could have kept working on Canny for a long time without launching it. Instead, we launched with a very basic MVP and I’m glad we did.

We made use of the most-used launch platform, Product Hunt.

It went quite well. We priced Canny quite cheap—but it wasn’t free. That was an important signal for us that we were building something valuable. 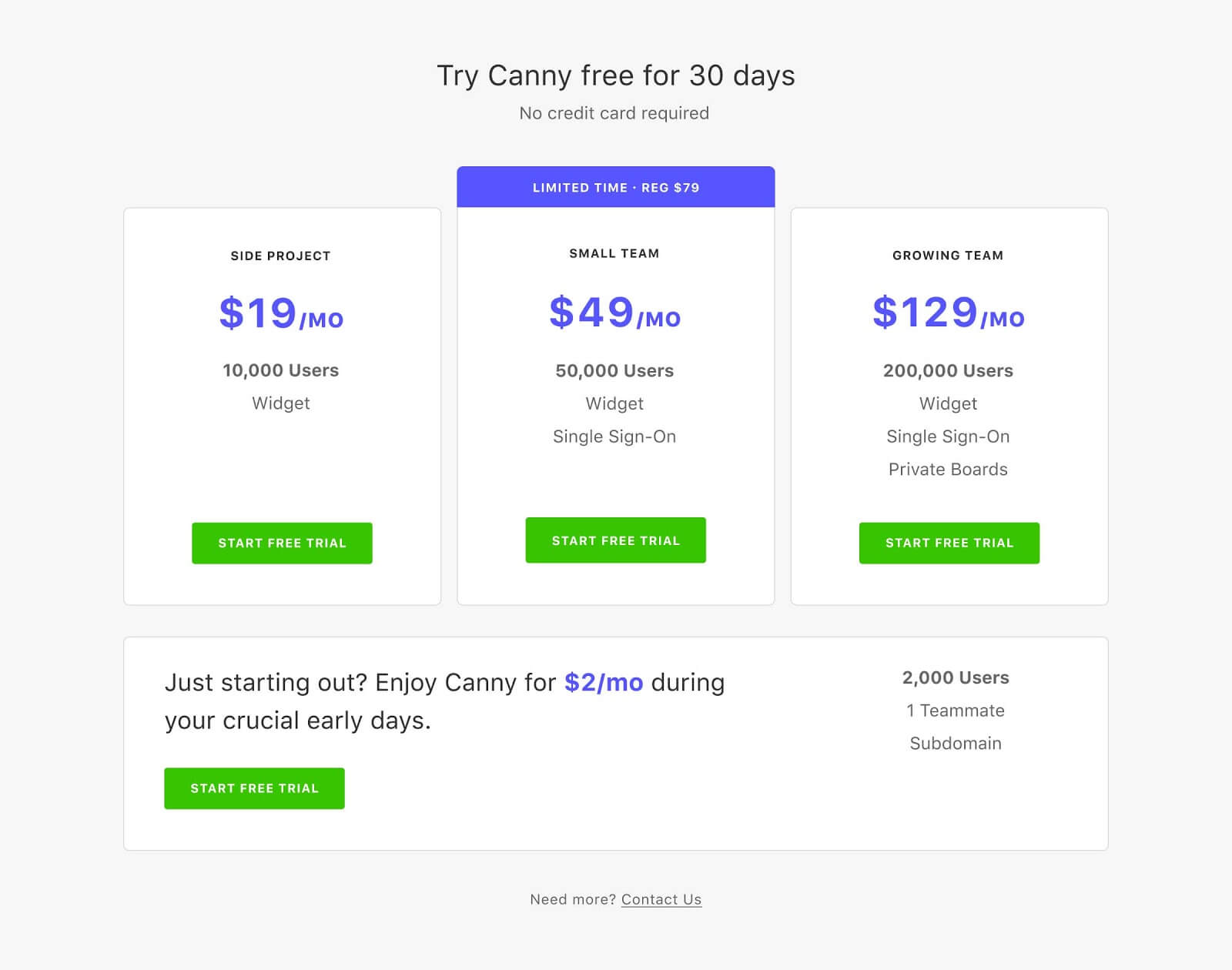 Delaying the launch would’ve meant taking a bigger risk. We could have spent more time building something that people didn’t really want. We were able to validate, iterate, and improve the product with feedback from early customers.

After launch, we started writing blog posts. To this day, Andrew and I mostly write about our journey and what we’re learning along the way. 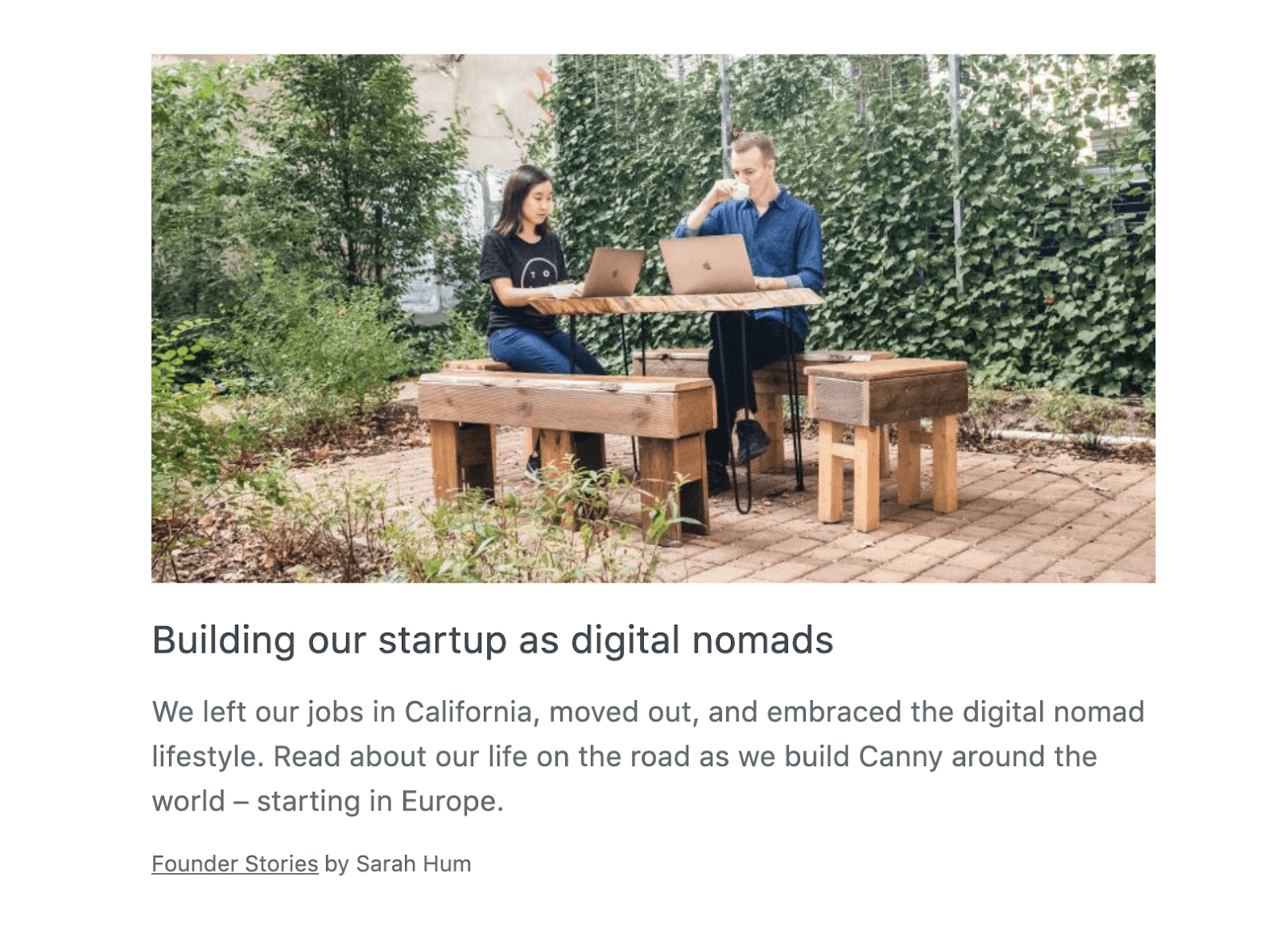 Telling our story on the Canny blog

It wasn’t great for SEO, but it did start getting our name out there.

Along with the “Powered by Canny” link in our product, we were seeing the start of a recognizable brand. By simply telling our story, we were unintentionally building out our brand.

Financially, the biggest impact was probably deciding to leave San Francisco and making Canny a remote company. We were able to reduce our living costs by living the digital nomad lifestyle. With low living costs and the salary we both earned at Facebook, we didn’t have to worry about our runway. 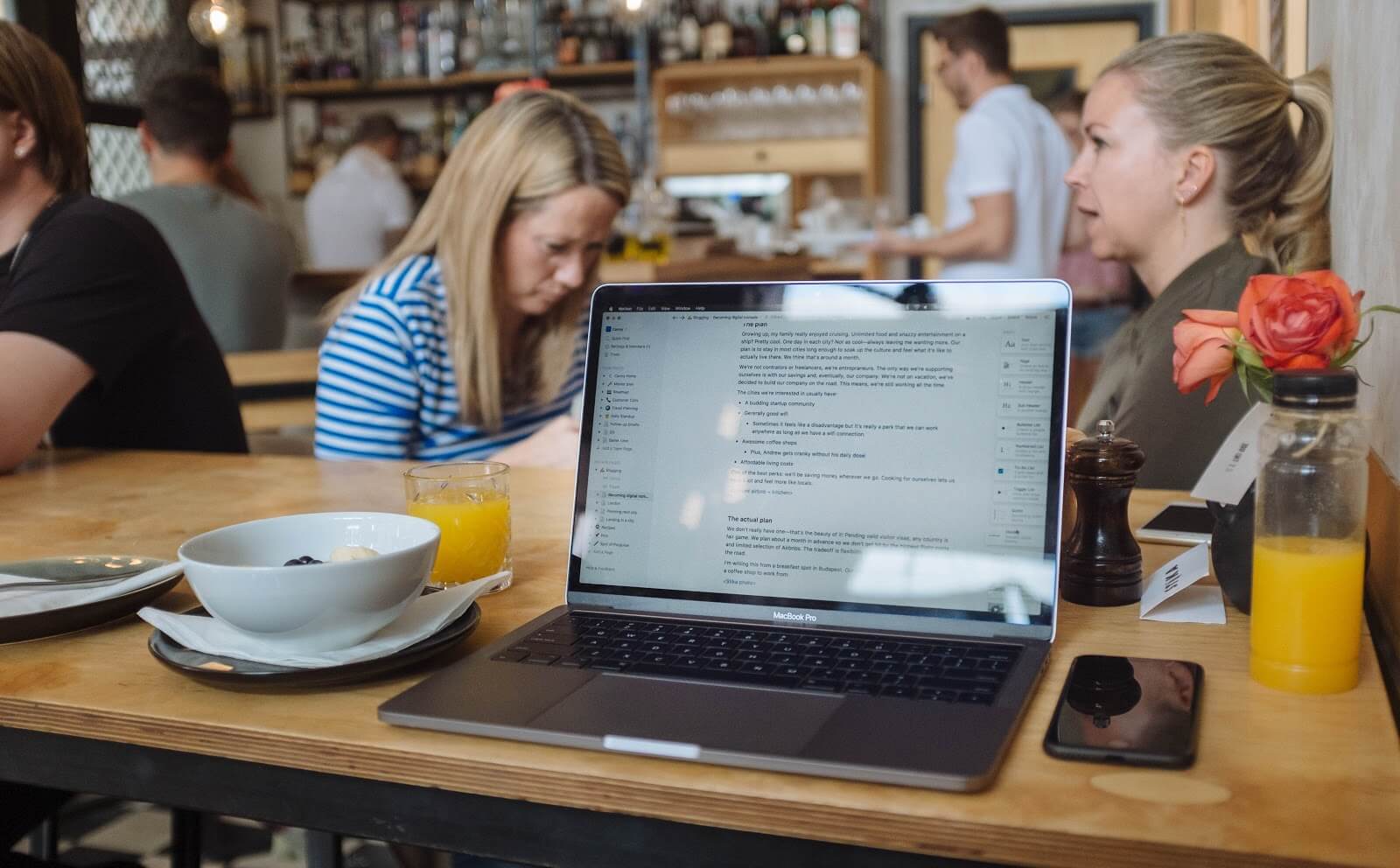 I was talking to another founder recently about starting Canny. They thought it was interesting that, after being in the Bay Area, we still decided to bootstrap.

I didn’t think too much of it at the time. Thinking back now, experiencing Silicon Valley was a big reason why we bootstrapped.

We were all too familiar with the lifestyle we’d be signing up for by raising money. Giving away a piece of our company and adopting a “growth at all costs” mindset didn’t sound fun.

We wanted to build a company for ourselves, not for other people. The idea of building a business to profitability and running it sustainably was much more attractive.

So that’s what we did. By bootstrapping:

We’re our own bosses

A lot of people that set out to be entrepreneurs are seeking autonomy. A lot of times, they give away that autonomy by bringing on investors. For us, there’s never pressure to “return the fund.”

I asked some teammates who have experience working for venture-backed companies for their thoughts:

Elen, who specifically looked to join a smaller team, resonates with the autonomy aspect too. “Our decisions are entirely ours, and so are the consequences of these decisions. I feel like I can genuinely affect the direction and well-being of the company. It makes my work so much more meaningful and engaging on a personal level.”

Jacques pointed out that we can focus on true success metrics. “There's no need to create an elaborate display of false success. We can be honest about who we are. There's no need to cherry-pick metrics to make ourselves look more successful.”

If we had to point to a “boss,” they would be our customers. Like Jake says, “we can focus on pleasing our customers instead of investors.”

We don’t spend money we don’t have. That meant that we didn’t hire until we knew the business was in a good place. 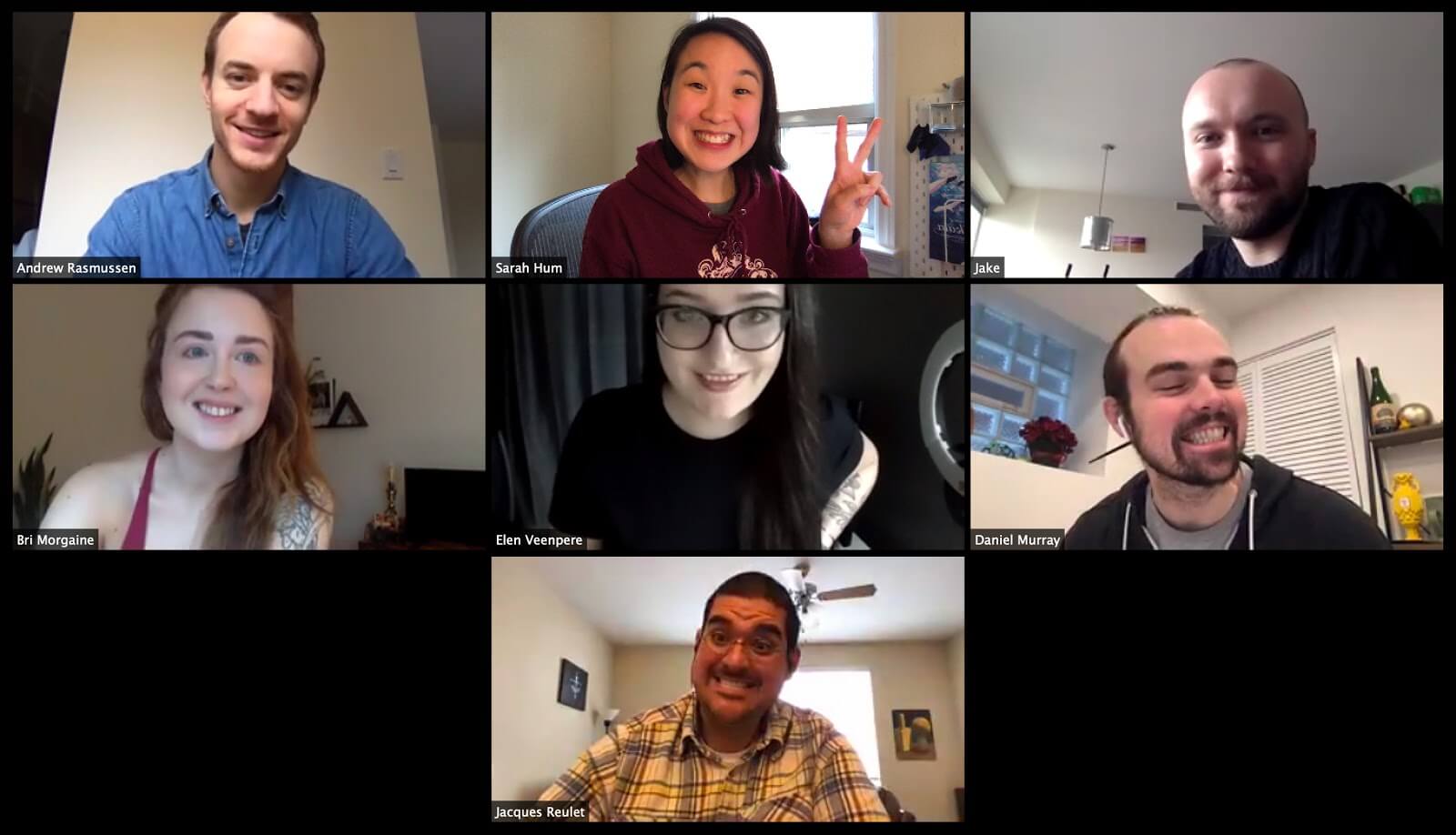 Not a must for all bootstrapped businesses, but it works well for us. Competition for talent is fierce. While we can’t compete with salaries in California, we can across the world. We also save on office space. 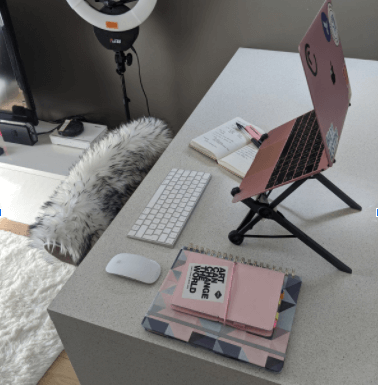 We’re happy with how we’ve built Canny thus far. We’re profitable, which is hard for most VC-backed companies to say. The people who work on Canny own 100% of the business.

One step at a time

As first-time founders, we’re learning so much on this journey. We’ve grown from a founders-only team, to a team of seven. We’ve gone from $0 a year, to over $800K a year. We’re stretching ourselves in unfamiliar areas: marketing, sales, and management, among others.

Every step of the way has presented challenges. It’s never easy—but that’s why it’s so rewarding.

Everyone’s path as an entrepreneur will look a little different. That said, I hope reading about our story inspires you in some way. If you have any questions, you can find me on Twitter @sarahhum.

Sarah is a founder at Canny: helping teams inform their product decisions with customer feedback. As a founder, she dabbles in pretty much everything but her expertise is in product design. Outside of work, she can be found drawing or singing a cappella.