How to handle equity at your startup

“So… do you want me to come like… talk to other people that I know? Talk to like my lawyer… sort of come to you with like a piece of paper?”

“Uhhhh… that is one way we could do it.”

This is a quote from Episode 3 of Startup, the wildly popular podcast from Alex Blumberg and Gimlet media about what it’s really like to start a business.

This is the first step in the equity discussion between Alex and Matt Lieber. Spoiler alert: Matt would eventually become the co-founder of Gimlet, the podcast company Alex starts in the show.

Alex Blumberg at the point of recording was a hugely successful radio host with NPR’s Planet Money. He’s an incredibly smart and empathetic human being. But even he had no idea how to really talk about equity. At least not back in Episode 3. And as you can see from all of the stutters, the topic made him pretty nervous.

Equity conversations don’t have to give you cold sweats. Sure, there’s a lot of complicated legalese that often gets thrown around when discussing equity. But in the early days of your startup, it shouldn’t be super complicated.

Why equity doesn’t really matter (yet)

Your startup is probably going to fail. Not to be a downer, but the numbers are not on your side.

The only way to defeat the odds and grow your company is to solve your users’ problems. Then you ideally convince them to pay you money for doing so.

Squabbling over equity doesn’t help you solve your users’ problems.

Let’s do a little quick math. 100% of a bankrupt company is worth… 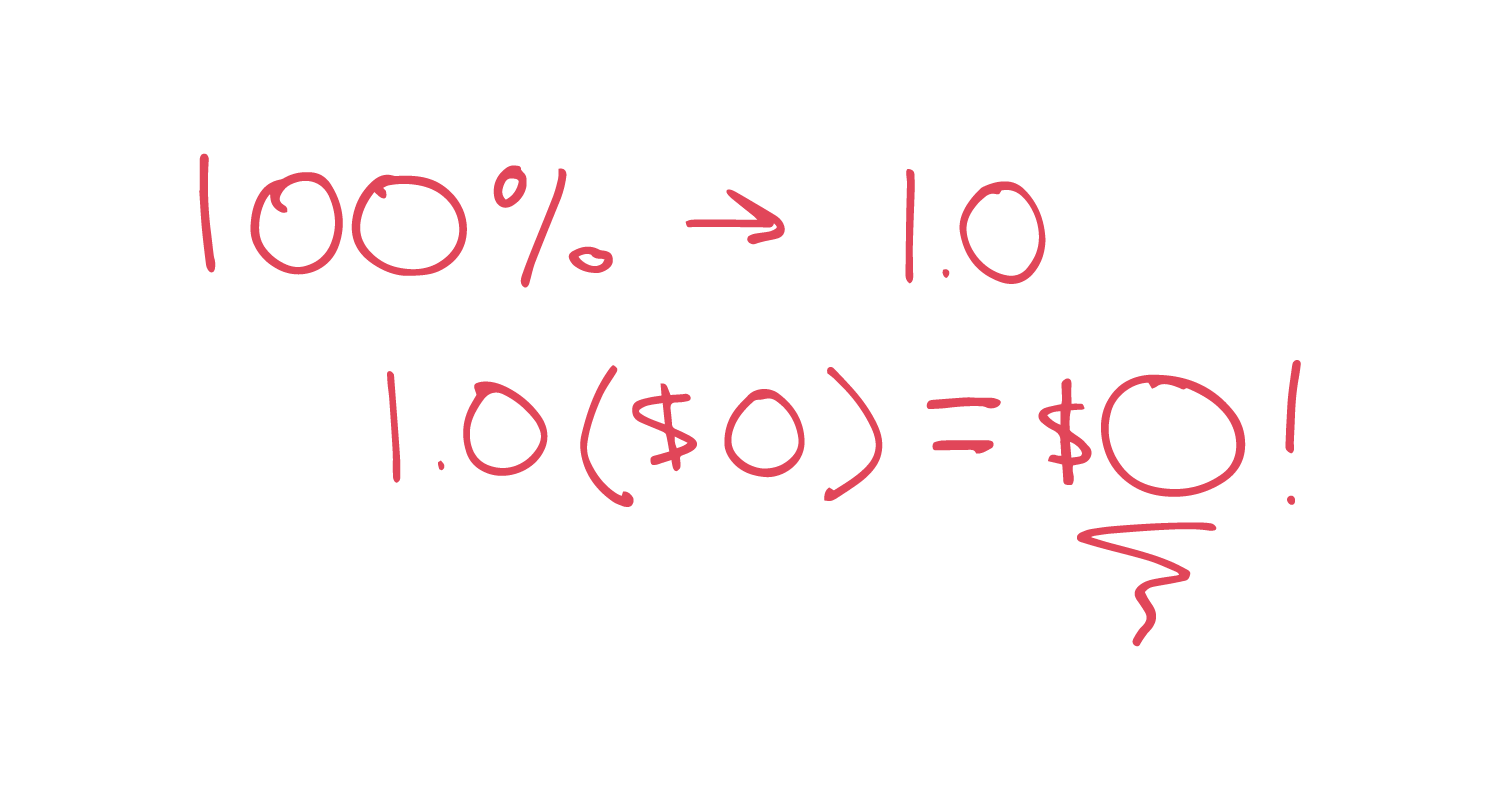 When equity does matter

So equity doesn’t matter… except when it does. And it does matter when it becomes a problem.

If equity is causing unnecessary tension in your company, then it matters. This can go both ways.

If you give someone too much equity and they don’t end up pulling their weight, you’re going to have problems. It’s hard not to feel some resentment when someone isn’t pulling their weight. This is exacerbated if they have more equity than they’ve really earned.

On the other hand, if someone doesn’t have enough equity they may not feel respected. This can hurt motivation and team morale.

The other time equity matters is when it scares investors. Dead weight on your cap table can scare off some investors. There are a couple of logical reasons for this.

Also, dead weight can be a sign of an inexperienced founder or bad team dynamics. This isn’t always the case, and if your company is growing fast enough you should be able to overcome this. But keep it in mind.

At the end of the day, the most important thing in an equity conversation is this question. Will the deal make the company stronger?

Startups have the potential to grow rapidly. If you think the person you’re giving equity to will help you hit your growth goals, then do it. Don’t worry about one or two points. 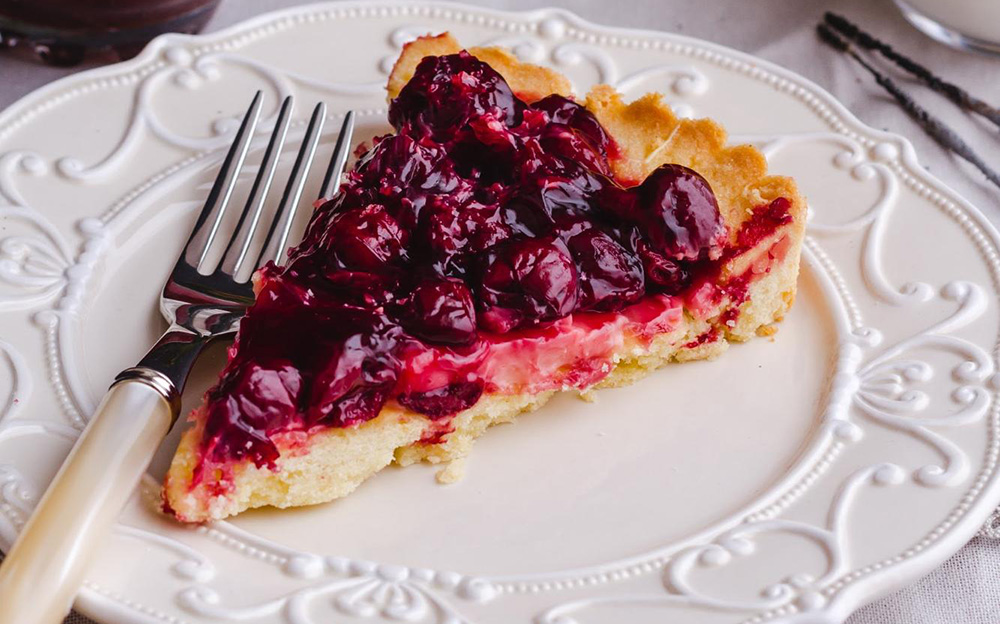 You don’t get rich by cutting yourself a bigger slice of pie. You get rich by baking a bigger pie for everyone.

Different ways to split up equity amongst founders

So all of this advice is fine and dandy, but you still have to come up with some sort of number. How do you do that? There are a few different methods.

Legendary venture capitalist Fred Wilson suggests splitting everything 50/50. It’s completely accurate that founding a company is a lot like a marriage. You spend 8+ hours a day together, you make tough financial decisions, decide whether or not to grow your little family.

Wilson argues that having a 50/50 split forces you to come to agreement on big decisions. While this can take a little longer in some circumstances, it does promote a healthy team. As long as you and your founder aren’t constantly disagreeing.

This is what my co-founders and I did when we were starting our company, Krit. We’re now an app development studio that specializes in helping non-technical founders build incredible tech products. But we started as a SaaS company.

I have two co-founders. When we were starting our company we sat down and hashed out the ways we could split things up. But we ultimately decided it should be an even split.

That decision has been a huge help over the years. I have always taken up a leadership role, but I have ADHD and tend to be attracted to shiny objects. My co-founders have kept me grounded. If I owned the entire company, I may have pivoted more often than was healthy in the early years.

There have been times when we disagreed, of course. But the process of trying to convince them to come to my side has always been a healthy process. I’ve found that if I can’t convince them, there’s almost always a good reason.

Note: It helps that we have 3 people, so a tie is impossible.

A tool like this equity calculator can be a helpful way to take a more nuanced approach. You and your co-founders can answer a series of questions and get an unbiased estimate for how to break up ownership.

This is great for coming up with a starting point. So if you’re stuck or nervous about the conversation, try it out.

Questions to ask as co-founders

However you decide to split up equity, it is worth asking several important questions. Remember, this is a long-term partnership. So while it shouldn’t bog you down, you do need to feel right about it.

Who came up with the idea?

I don’t personally put much stock in ideas. I like to think of them as multipliers. A great idea with zero execution isn’t worth anything. But a great idea with a great team and execution can be something special.

If your idea is truly unique (think patentable level unique) it may be worth something in the equity conversation.

How much money/time is everyone putting in?

If one person is going full time before the rest of the co-founders that should be worth something. Same if somebody on the founding team is putting up a larger portion of startup capital.

What unique value does each person bring to the table?

Consider whether one person has valuable relationships or industry expertise. Ask yourself, “if I didn’t have them, how much harder would it be to start the company?” If it would be significantly harder without them, make sure they understand their value. That could be reflected in equity or not.

Most startups use equity as a part of their compensation package, so your co-founder likely isn’t the only one you’ll be having this discussion with.

When giving equity to early hires you’ll want to consider the same questions you were asking when splitting up equity with your co-founders. Does an employee bring unique value that would be hard to replace? Are they being paid a salary, or exclusively in equity?

You want to find the same balance as with your co-founders. Your employees are taking a risk working at your startup, so you want to make them feel like they have some skin in the game. But you also want to protect your company and operate in a professional manner.

Luckily, with employees there are some clearer examples of what to offer and how to structure it.

Joshua Levy worked with a number of people in the tech industry to put together an incredible, thorough guide to dealing with equity. It includes some rough industry benchmarks for typical employee equity levels.

The guide is meant for employees, but offers incredible advice for founders as well. Take some time to skim it so that you have an understanding of the different types of equity compensation and their legal implications. Then bookmark it (along with this blog post!) to come back to later.

You will make mistakes

We had an advisor in our early days who we gave 3% of the company to. He didn’t seek out any compensation from us. But we really respected him, and wanted him to be super involved. I, personally, had read stories about founders being overly stingy with equity and was over-compensating.

While he is still one of our close friends, and has given us incredible advice over the years, I would be hard pressed to say he earned a 3% stake in the company. Ultimately though, we bought him out at a very reasonable price, and learned from the experience.

By the end of that Startup episode, Alex and Matt came to an agreement. They split Gimlet 60/40, with Alex keeping the majority.

They didn’t go with 50/50, or a number that they got from an equity calculator, or an industry standard. In the end they went with what felt right. And they both left the meeting feeling not only relieved, but excited about the potential of Gimlet. This is the feeling you should walk away with.

At the time I’m writing this Gimlet has more than 90 employees and is worth millions of dollars. Alex and Matt went with their gut. They both knew that they could bake a much bigger pie together than either could alone.

As an entrepreneur you have imperfect data. You will often have to make decisions based on a gut instinct, rather than a detailed set of numbers. Learn to trust your gut, do what feels right, and keep working on baking a bigger pie.