How to have an overnight success in 10 short years

“Overnight success” is a phrase people love to throw around. It’s the pipe dream every inexperienced entrepreneur hopes for and thinks will come to them. That same phrase has been tacked on to the Baremetrics story, and I need to clear the air. There was no “overnight”…this was 10 years in the making.

I started building random stuff for the web in the 90’s as a kid in high school. AOL was the Internet. Geocities was my playground.

I got my first taste of business by designing websites for bands, but quickly realized trading my time for money wasn’t terribly efficient so I started poking around at building my own stuff.

Back in the 90’s and early 00’s, ad revenue was where the party was at. Sweet goodness was it ever easy to make money from ads. The glory days. I decided to build a few sites to try and cash in on this, which resulted in Internet gems like ReallyFunArcade, ReallyDumbStuff and TutorialOutpost.

Building those sites showed me there were other ways to make money and I was hooked.

From toy store to business metrics?

The bulk of learning and building all these things happened while I was in college. I wasn’t out partying…I was holed in my dorm room building stuff until 3AM.

During these years in college, I happened to develop a bit of an obsession with urban vinyl toys. Yes, grown folks can and do collect toys.

So, how does my obsession with Dunnys lead to building a business metrics tool? Does this really tie in to Baremetrics somehow? It very much does. In fact, Baremetrics would not exist today had I not started collecting urban vinyl toys a decade ago.

Here’s how the dots connect.

The land of toys, package tracking, surveys and metrics

While I was becoming an avid toy collector, I was still building things for the web and learning all the different ways you could make money online.

I decided to try my hand at ecommerce with a toy store, called Fugitive Toys. At this point, I was a newlywed living in a 2-bedroom apartment. My wife and I literally had toys stacked up to the ceiling in our bedroom.

The toy store was moderately successful (for a small boutique business, at least) and so we were constantly getting in new shipments of toys from all over the world. I needed to keep track of where all these packages were and when they were coming in, so I decide to build a little internal tool to do just that.

It stayed internal for a while but then I decided to throw it out there and see what happened. It was called TrackThePack and you could track packages from dozens of different carriers all in one place. It even had some jazzy features like forwarding shipment confirmation emails where we’d parse out the tracking number and add it to your account. I even got to dabble in the madness that is the App Store with a pretty solid iOS app.

Then, one day, I got an email from David Hauser. He’s a bit of a serial entrepreneur (co-founder of Grasshopper, among tons of other things). He was starting up a new business that relied heavily on tracking packages and I had kind of become “the guy” for doing that.

I did some consulting for them and then that led to another thing he and his Grasshopper co-founder were starting up called PopSurvey. They wanted to re-invent the way online surveys were built and taken and wanted me to be a part of that.

I eventually assumed the CEO role. We continued building PopSurvey and eventually Temper and focused on those for a couple of years.

Then, in October of last year I found myself frustrated with the tools available for SaaS products when it came to finding and understanding metrics. Things like MRR, LTV and Churn were such a hassle to calculate and stay on top of.

So I found myself again building an internal tool. This internal tool, one month later, turned in to Baremetrics. 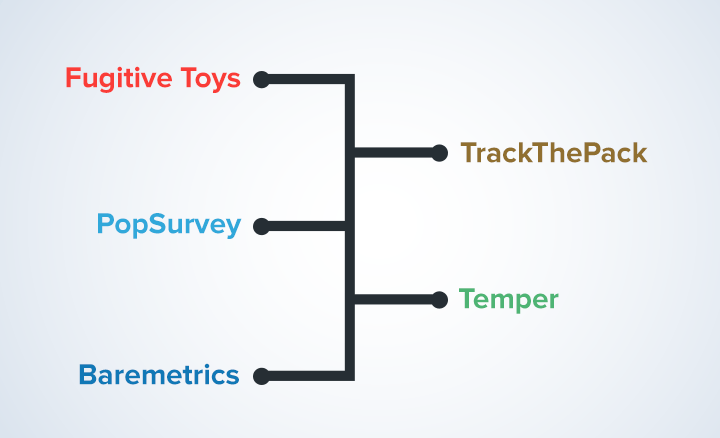 And that’s how collectible toys led to a business metrics tool.

I give the story of how all these previous businesses tie in because this idea of an “overnight success” is just not reality. It took a decade of shipping things to finally land on something that had real traction. And I didn’t even mention the dozen other businesses and products I shipped and killed that weren’t part of that line of stepping stones.

Baremetrics is not an overnight success. It was 10 years in the making.

My friend Startup L. Jackson says it well: “Most successful startups are overnight successes. That night is usually somewhere between day 1000 and day 3500.”

How you too can have a not overnight success!

So how does this apply to you? Why should you care?

Nearly every day I get emails and tweets from people asking how to come up with a new business, how to validate business ideas or how to find paying customers. But they’re going about it wrong. They’re overthinking it.

If you want to be an entrepreneur, the key is not to think, it’s to do. 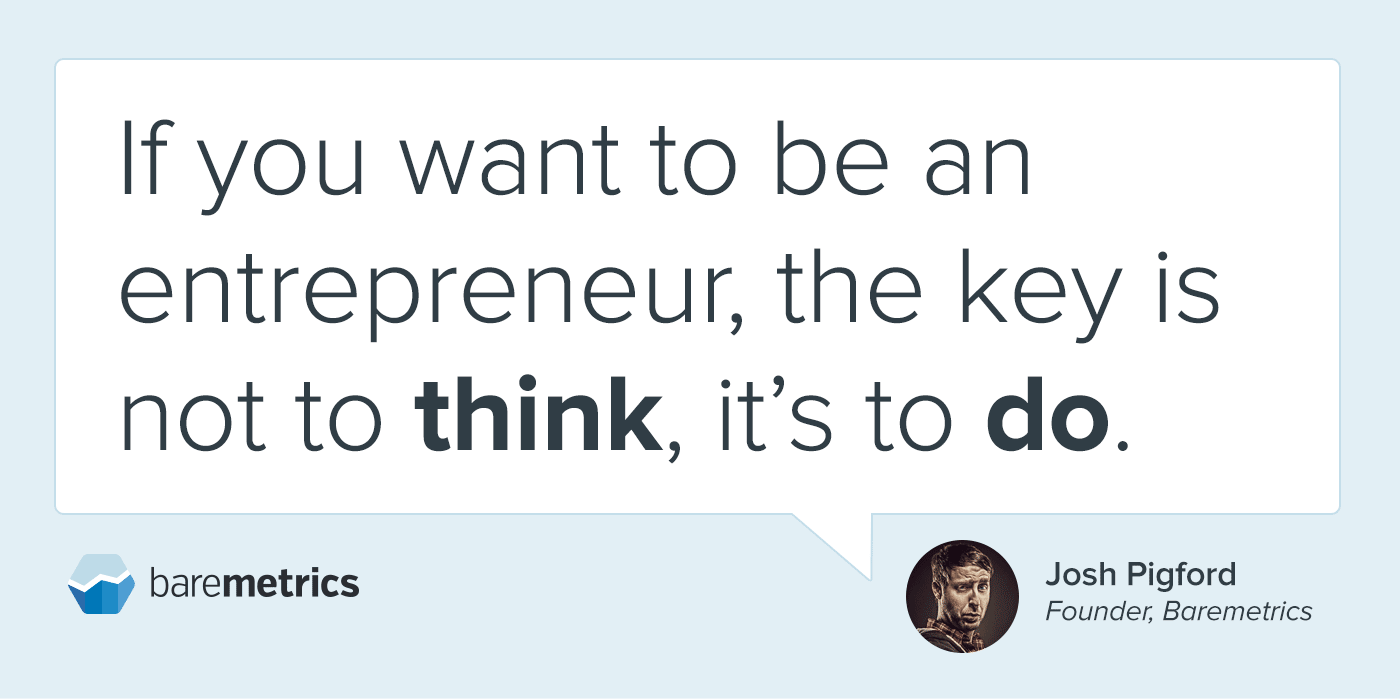 It simply takes practice. And in most cases it will take years of it. Don’t put up another landing page. Don’t build any more hype around your non-existent product to try and gauge validity. Start building. Start actually solving problems.

It’s risky. But that’s entrepreneurship. You cannot and should not spend your time mitigating risk. Instead, get comfortable with failing and do it often.