How to Pull Off a Startup Retreat

In mid-January we did our first retreat as a team. Since we’re completely remote, this was the first time most of our team had met and worked with each other face-to-face. I’ll take you through how we planned and budgeted for the trip, what we did, what worked and what didn’t.

Why do a retreat at all?

Since growing our team from little ol’ me to 6 people, with the exception of me meeting a couple of our team members, no one else had ever done more than video chats with each other. And while video chats work fine for quick conversations, they don’t give a great sense of everyone’s personalities.

Doing a retreat let us spend a lot of time together and learn those things.

Also, being in one place gave us the opportunity to really brainstorm and plan out the coming months as well as hash out some bigger design, development and marketing problems.

Purpose: Figuring out the point of the trip

We decided for this retreat that we’d primarily use it to work in the same place and tackle some projects that would just be easier in person. Some companies use retreats as a time to vacation together, others use it primarily to work. We opted to go the “work” route since we rarely get the opportunity to do that in the same location.

Location: How to pick where to go

After making the decision to do a retreat in January, we needed to pick a location. The general consensus was that everyone wanted a warm place, given it would be winter.

That basically left two areas: Southern California and Southern Florida. Average temperatures in both of those places in January is mid-70’s which was as good as we were going to get without leaving the country.

Given we were doing a work-focused retreat, having a great location was crucial since we’d be spending so much time there. The actual city was less important (in hindsight I should have put more emphasis on the city, but we’ll cover why shortly). I then headed to AirBnB and HomeAway and just started digging around until I found a handful of cool houses.

We got super democratic and let everyone vote. Majority ruled and we ended up with a great house in Palm Springs, CA. 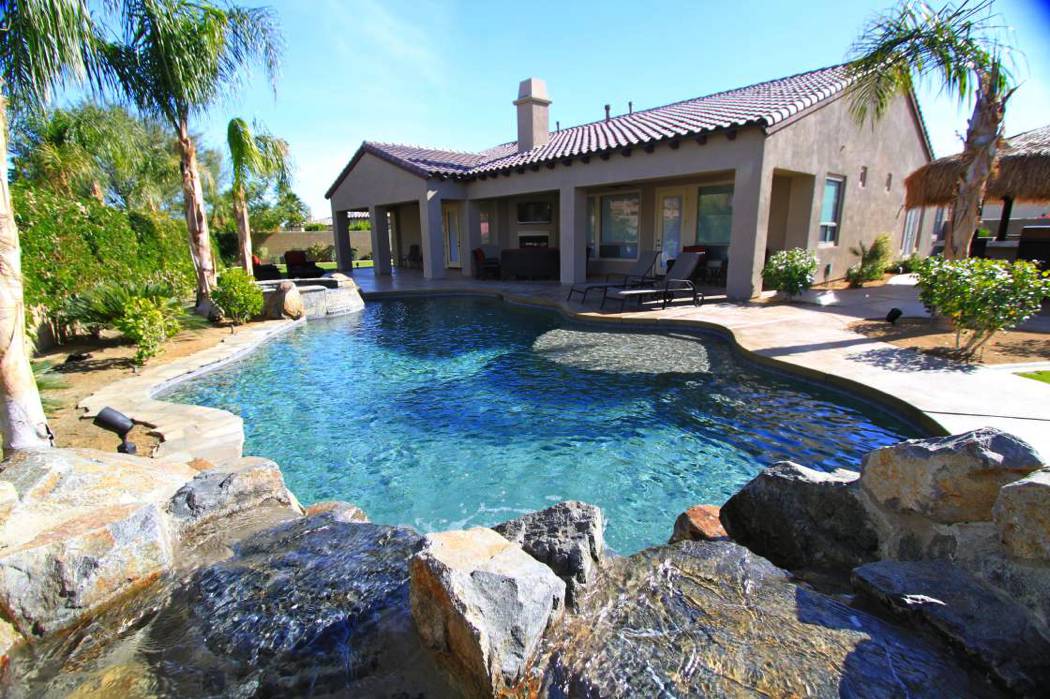 Lodging: Picking a place that works

What makes for a great space to work for a week? How was that house in Palm Springs useful for us?

Make sure you’ve got enough space for everyone to have their own bed, and if possible give everyone their own room. We weren’t able to quite do that in the house we choose. Everyone had their own bed, but a couple of people had to share a room.

Make sure there are things to do around the house to blow off steam and clear your head. This place had a pool, hot tub, pool table and putting green and everybody definitely made use of those things. 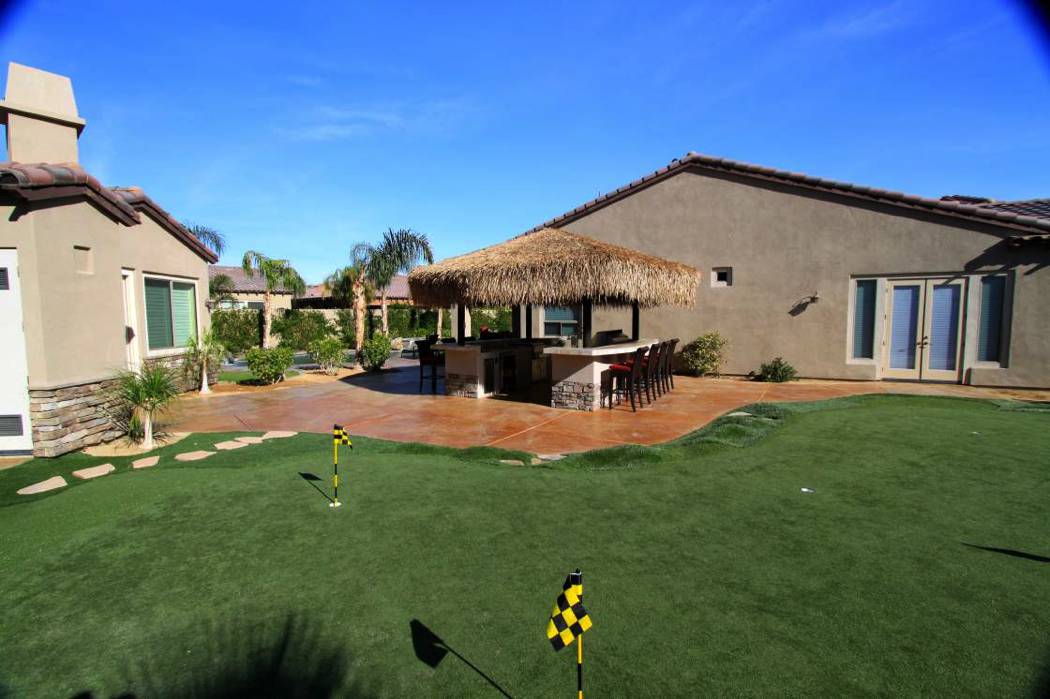 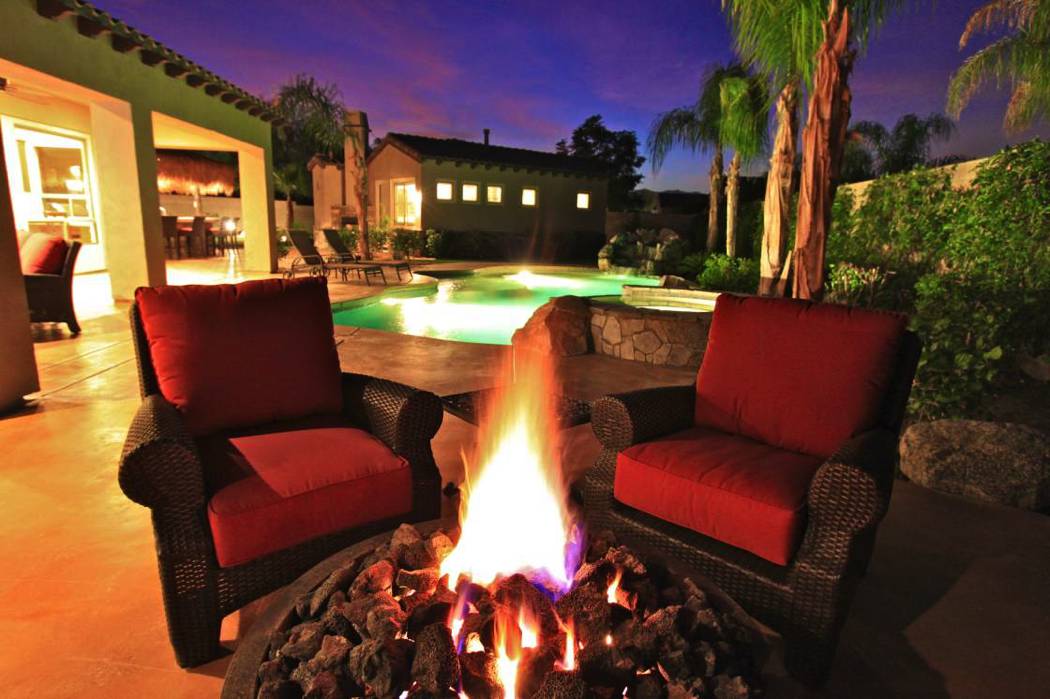 Space to spread out

Even if you’re doing a work-focused retreat, most people still like to have a place where they can sit down and knock stuff out by themselves.

Our rental had a plethora of that. Kaegan even attempted a Darwin Award by working from the hot tub. The weather all week was perfect, so a lot of time was spent with our feet propped up outside working. 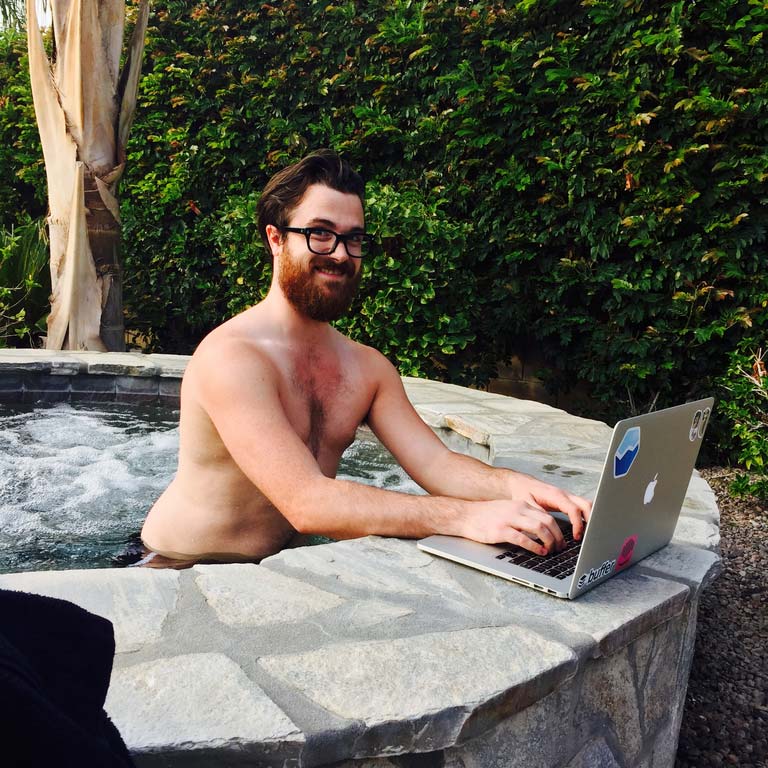 Cooking was a big part of the retreat and a great way to spend time together. We had both an indoor and outdoor kitchen and spent a lot of time (especially at breakfast and dinner) cooking.

Make sure your team eats well…don’t skimp and buy cheap junk that leaves everyone feeling bad.

Travel: Getting everyone there

So after figuring out a location, the next step was getting everyone there. We’re spread out across the U.S. and Canada, so figuring out all the right flights to get everyone there at about the same time without spending a fortune could have been a huge stressor.

But as luck would have it, there’s a great service called FlightFox that handles all of that for you.

I gave Alex (my FlightFox “Expert”) everyone’s city and he figured out what airlines and which flights worked best.

We were all scheduled to arrive within about an hour of each other, and minus a few flight delays, we all arrived pretty close together.

Here’s a breakdown of what we spent on flights from where each team member flew out of:

Yes, the Canadian’s plane ticket was the cheapest. Sigh.

After we got to the airport, we threw down mom-style and rented a minivan. Side note: I love minivans. That set us back $418.

As a team we spent an additional $300 on taxis and airport parking.

Eating: How to plan for a team’s food needs

The topic of food was initially the biggest stressor for me. We had 20 meals to plan for, which is a nightmare when you start taking in to consideration food allergies, foods that people just downright hate, etc.

I realized I was overthinking it, though, and went really lax with it.

We paired everyone up for dinners each night and so if it was your night to cook, you chose the meal. Then we went out to eat 2 of the nights. Dinners: solved.

That left breakfast and lunch. For those, we just went to the grocery store and loaded up on whatever anyone wanted. Eggs, cereal, bread, bacon, sausage, salad, fruit, vegetables, etc. We made a few grocery runs throughout the week to stock back up as needed.

Ended up being really laid back and easy. So, don’t overthink it. Everyone will figure it out.

In the end, between groceries and going out to eat, we spent $1,260, which averaged out to $30 per person per day.

Itinerary: Making the most of your time

We opted to do a 1-week retreat, specifically a Friday to Friday. Overall everyone seemed pretty happy with that length of time. Too much longer and I think we would have felt overworked, too much less and we would have lost some of the usefulness.

But what does one do during a retreat?

Have a rough idea ahead of time and giving some high-level structure goes a long way. I roughly planned out each day by “Morning,” “Afternoon” and “Evening,” but didn’t really get more granular than that, especially for the “Morning” section, since everyone has slightly different sleeping habits.

Most of each day was just us, as a team, working together in the same place. Mixed in there I’d do 1-on-1’s, people would take breaks and go for a swim or go to the gym, we’d talk through programming and design problems…things like that. The kind of things you’d do in an office setting.

Be careful not to over schedule your time.

On the morning of our first full day, we had a retreat kickoff. I did a short presentation on all the things we accomplished in 2014 and then our goals for 2015 and how we’d reach them.

Everyone jumped in with questions, suggestions and concerns and we hashed all that out. Doing that helped get everyone on the same page for the week.

A couple of days in we had set aside one afternoon to talk out some bigger company-wide processes and issues. Things like figuring out a better way to handle bugs, ways to reduce distractions in Slack, how to better manage the product as a whole in Trello.

We spent a couple of hours focused purely on this and got a lot of things nailed down that we’re now putting in to practice.

Initially I hadn’t intended to do a big project push, but early on we realized we were really close to having our new Forecast feature done, so we did a 1-day push and launched our Revenue Forecaster mid-week.

I’d be careful doing a project that takes the entire week to pull off, though. I think it’d probably take away from the team as a whole spending time getting to know each other and just hanging out, given everyone would be so focused on getting the project done in time.

Each night, after dinner, someone from the team would tell their story. Generally a mix of your personal story but also how you ended up at Baremetrics. Super low pressure and lighthearted.

Almost everyone mentioned to me afterwards that this was their favorite part of the retreat and that it helped a lot with getting to know each other.

Getting out of the house

We went out to dinner one of the evenings and a few people got out to go get massages or go to the gym, but I did a really bad job getting everyone out of the house.

Turns out Palm Springs has a lot of 2 things: golf courses and retirement communities. Neither of which were very appealing and we had a really hard time finding fun things to go do.

There was a lot of “hey, what do you guys want to do tonight?” when in hindsight I should have pre-planned some things to go do.

Definitely will change that for next time.

Once the retreat was over and everyone was home, I surveyed everyone about what they liked/disliked and what they’d do differently next time.

There were two big takeaways from everyone:

This was our first retreat, but my hope is to do one every 6 months or so.

Grand total for this retreat was $8,750, which is quite pricey, but we actually came in under what I had budgeted for ($10,000). Having a single house to rent instead of separate hotel rooms saved a lot of money. In the end, it was unquestionably worth the trip and the expense and we’ll start planning our next one soon.

Have you done a retreat for your startup? What worked or didn’t work for you? 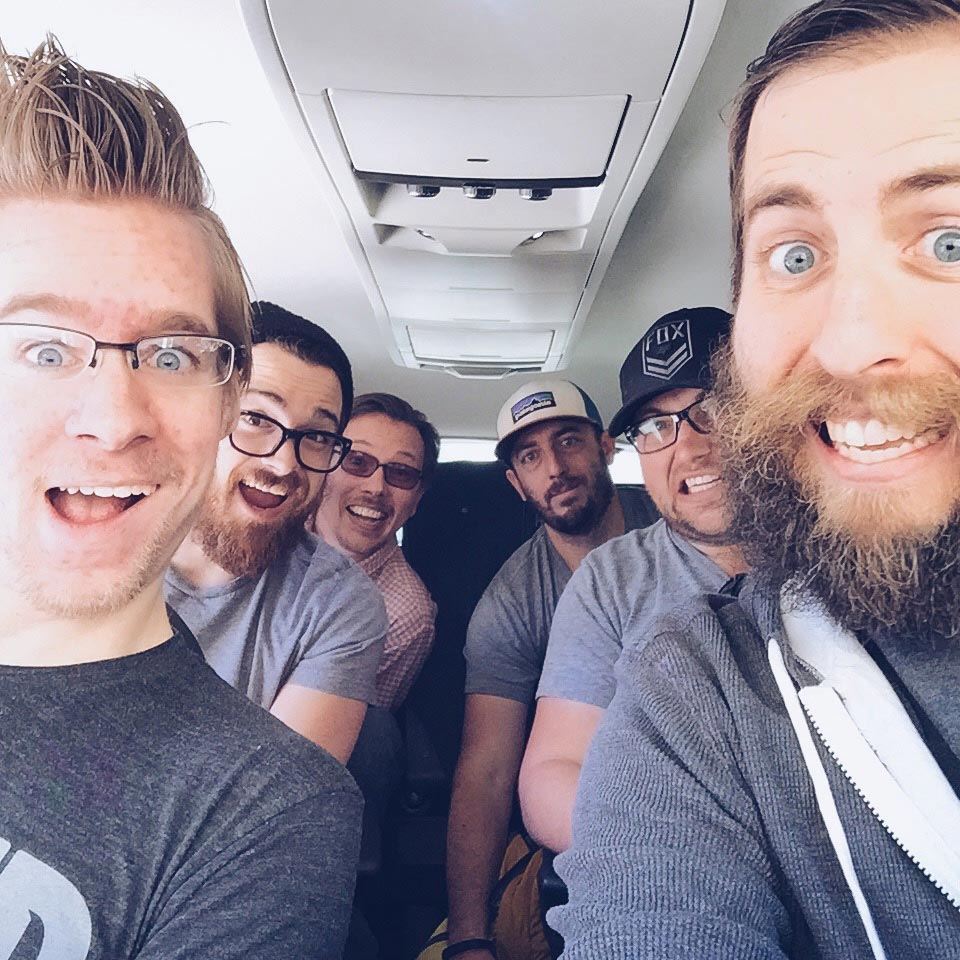