One year ago today I was sitting in my office at home racking my brain trying to find some easier way to get the metrics I wanted for 2 SaaS companies I was running. Nothing I found fit the bill. So, I set out to build my own solution.

Looking back on that tweet is quite nostalgic. No, I didn’t get it out the door in one night (called it quits at about 3AM), but I did get it out exactly 1 month later.

We just launched. Zero-setup SaaS analytics for Stripe users. You will love it. http://t.co/cdhyYaTsrO

It’s been an unbelievable year and certainly nothing I would have had in mind a year ago when I was staring at a computer screen trying to figure out how to get SaaS metrics for my businesses.

Taking a quick walk down memory lane, here are a few milestones for both me and the company as a whole.

We’ve actually got a pretty nifty timeline that’s more thorough on our About page.

So why focus on the birth of an idea? Ideas aren’t worth anything, right? Right. On its own, me staring at a computer and thinking “Ooo, I have an idea!” is largely worthless.

But where ideas become worthwhile is when you stop thinking and start doing. It’s when you act on the idea that matters. And the gap between idea and action is a chasm most people never get past. 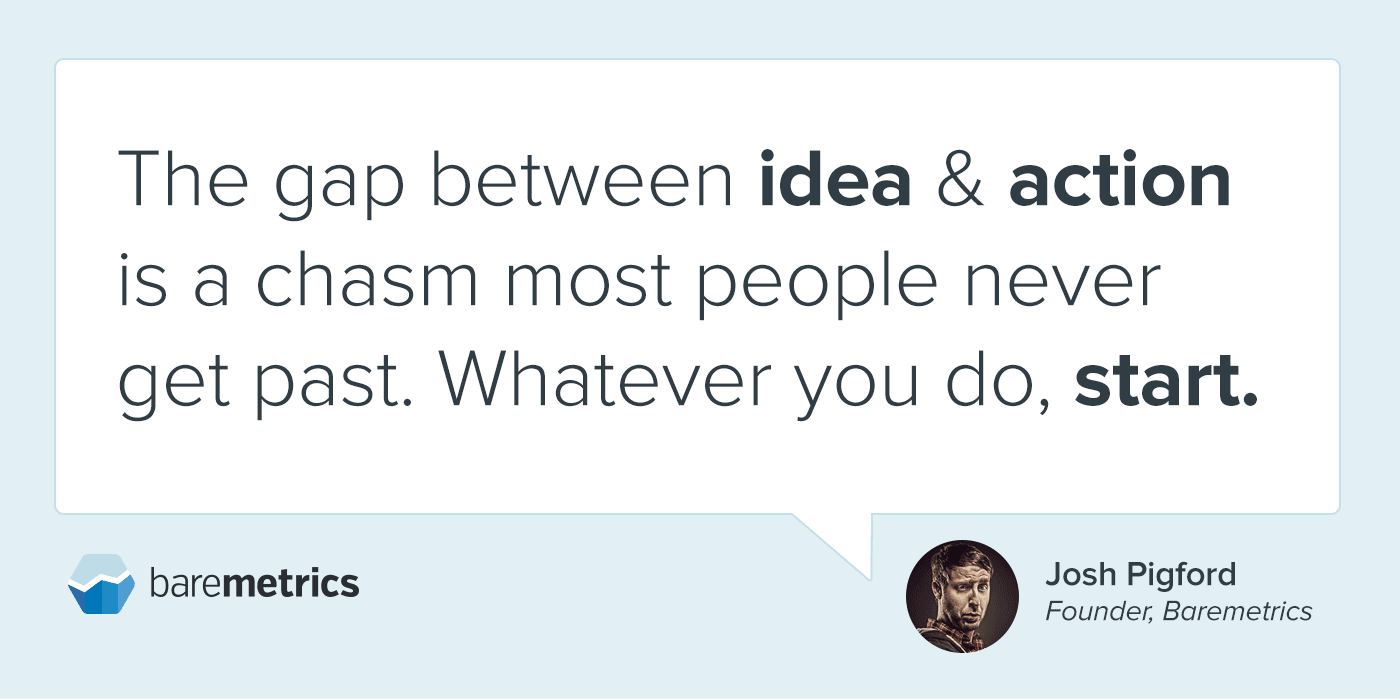 The impetus of your idea is when you’re most blindly excited. It’s the honeymoon phase. It’s all rainbows and unicorns. You haven’t thought through all the reasons it’s a bad idea. You haven’t had a chance to talk yourself out of it. You haven’t hit road bumps that try to convince you it’s not worth your time or it’s too difficult to keep going.

It’s that moment when you need to start. Do everything in your power to get the ball rolling. Start sketching, start designing, start coding, start building something. Whatever you do…start.

To all past, present and future Baremetrics customers…thank you. Geninuely, thank you. This could not exist without you.